Directed by Anurag Kashyap, this neo noir psychological thriller starred John Abraham and Paresh Rawal in the lead roles.  The story is about a narcissistic chain smoker, K (Abraham,) who decides to quit smoking in the hope of saving his marriage.  He gets admitted to a rehabilitation center run by Baba Bengali (Rawal) and gets caught in a game of cat and mouse. Panned by critics and audiences upon its release, this movie has since become a cult film.  Filled with horror and dark humour, this movie will keep you hooked till the end.

The film tells the story of a girl, whose perfect love story turns into a tale of betrayal when she gets wrongfully accused by the person with whom she fell in love.  Her journey to get revenge by drastically changing herself inside out makes this movie one of the best in the list. Starring Urmila Matondkar and Saif Ali Khan in the lead roles, this movie is guaranteed to creep you out with its engaging storyline and gory climax.

Loosely based on American film Silence of the Lambs, Sangharsh stars Akshay Kumar, Preity Zinta and Ashutosh Rana in the lead roles.  It is the story of a religious fanatic, Lajja Shankar Pandey, who believes in the sacrifice of children to gain immortality.  Played by Ashutosh Rana to perfection, the character of Lajja Shankar Pandey will give you nightmares days after watching this movie.

This psychological horror film follows Manohar (Madhavan) and his family as they move to a new apartment.  13B shows what happens when the family chances upon a TV serial which eerily resembles all the events the family is going through in real life.  This thriller is packed with spine tinglings chills and scares and has a strong script and ensemble cast who did their jobs to perfection.

Another psychological thriller starring Urmila Matondkar, this Ram Gopal Varma directorial tells the story of a girl home alone, who, on a rainy night, is disturbed by an uninvited guest (played by Manoj Bajpayee.)  Even after 20 years of its release, this movie still is a fan favorite, all thanks to the movie’s interesting screenplay and characters.

In an industry full of romantic comedies, Bollywood managed to create some gems in the psychological thriller genre.  These movies managed to sneak behind the viewers and pull the rug from under their feet when they least expected it.

If you think we missed mentioning any other great Bollywood psychological thrillers, comment and let us know. Hera Pheri came out 19 years ago and was a remake of the 1989 Malayalam movie, Ramji Rao Speaking.  Hera Pheri remains timeless because of its amazing cast, hilarious punchlines and an entertaining script.  The movie follows three misfits who face hilarious situations in their quest to make easy money. Let’s look at some of the most hilarious dialogues from this movie.

Most hilarious dialogues from Hera Pheri 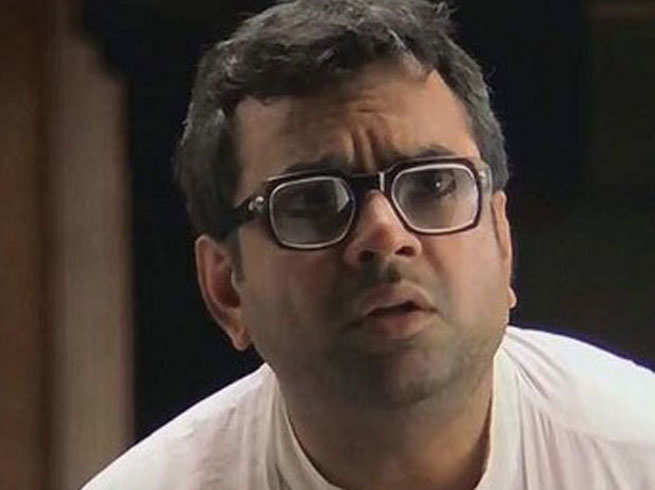 A good response to everyone who questions our fashion sense.

This movie taught us the best way to deal with a broken bathroom door.

What a perfect way to reason your way through life.

Babu Rao about how to prank prank callers like a pro. This taught us the correct way to stay discreet. Babu Rao’s lesson about how to stay honest in life. With colorful characters like Babu Rao, Raju and Shyam, Hera Pheri has become a cult movie in Bollywood.

So, which of these dialogues from the movie made you laugh so hard that you cried?  Comment below and let us know. Regarded as the greatest writer of English language, William Shakespeare is also the most filmed author in the world in any language, with a list of 410 movies and TV series adaptations of his plays.  Shakespeare’s creations also found many admirers in Bollywood, with many of his works being adapted into Bollywood movies. Let us look at some Bollywood movies adapted from the work of the Bard Of Avon. Written and directed by Gulzar, Angoor is a remake of Bengali film Bhranti Bilas, adapted from Shakerspeare’s play The Comedy Of Errors.  Angoor is a bizarre story of mixed identity and complete confusion as the characters in the movie have the same names.  Starring Sanjeev Kumar and Deven Verma in dual roles, Angoor, with its catchy songs and hilarious punchlines, became a classic Bollywood comedy. Maqbool was adapted from Macbeth, a tragedy written by William Shakespeare.  Considered the first in Vishal Bhardwaj’s Shakespeare inspired trilogy, it won Bhardwaj international acclaim.  The movie used the Mumbai underworld as the backdrop, with exceptional performances by Pankaj Kapur and Tabu, whose portrayal of Lady Macbeth was quite impressive. Second in Vishal Bhardwaj’s Shakespeare inspired trilogy, Omkara is based on Shakespeare’s 1603 play Othello.  The crime drama Omkara was set in Uttar Pradesh and explored the destruction caused by jealousy.  It starred Ajay Devgn in the titular role, along with Saif Ali Khan, Vivek Obroi, Bipasha Basu, Kareena Kapoor and Konkana Sen and was a commercial as well as critical success. Haider, the third in Vishal Bhardwaj’s Shakespeare inspired trilogy, was a modern day adaptation of Shakespeare’s The Tragedy of Hamlet.  Set in Kashmir during the 1995 conflicts, Haider follows Haider seeking the truth about his father’s disappearance.  The movie garnered praises for its direction, performances and screenplay.

With admirers all over Bollywood, the legacy of Shakespeare will live on through these movies.  As Naseeruddin Shah once said, “The roots may look lost, but every big story from Hindi film industry is from Shakespeare.”

Which one of these Bollywood adaptations of Shakespeare’s plays do you love the most?  Comment below and let us know. This movie also marks the entrance of a new face, Sahher Bambba.  While Karan is all set to play the male lead in the film, Sahher is going to play the female lead.

Initially scheduled to release on 19th July, Sunny Deol postponed the release of the film because of his political commitments.  The film will now not have a solo release date and will clash with Sonam Kapoor’s The Zoya Factor.

A source working on the film said in a statement, “Ever since his victory in Gurdaspur last month, Sunny has been busy taking stock of the situation and planning various measures that need to be implemented in the city. Knowing the important role that a debut vehicle plays in an actor’s career all too well, Sunny doesn’t want to give divided attention to Pal Pal Dil Ke Paas. So, he thought it best to push the love story by two months.”

A romantic movie shot extensively in Manali and Mumbai, Pal Pal Dil Ke Paas will be presented by Dharmendra and is produced by Zee Studios. Remember how Hrithik Roshan grew up and joined the Indian Army to inspire the rest of us in Lakshya?  As today marks 15 years since the release of this film, here is taking a look at some war movies which were not just about the lives of Indian soldiers but also about war and what the soldiers went through: Directed by Farhan Akhtar, Lakshya told the story of Lieutenant Karan Shergill, who leads his squad to victory by capturing a territory taken over by Pakistan.  While war does play a crucial role in this movie, the other issue with which this film deals is how people grow when faced with responsibility.  From facing real life issues head on, to understanding the discipline and time which goes into becoming an adult, Lakshya is a true tribute to war and soldiers. Directed by Anil Sharma, Ab Tumhare Hawale Watan Sathiyo tells the story of how terrorists attacked the holy temple of Kedarnath.  Apart from the story about this attack, the film also talks about how a man joins the Indian Army for a few years before moving to the United States. However, after he joins, he realises the amount of effort which goes into being a soldier and from then on, everything about his life changes.  Everything about this movie is heartwarming and shows how much people can do when pushed into a corner. Based on the Kargil War fought between India and Pakistan, LOC Kargil was directed by J.P. Dutta.  A step by step account of everything which happened during the Kargil War, the film brings to the fore the hardships of war and what soldiers go through on a daily basis.  A multi layered story, LOC Kargil talks about the soldiers who made the entire operation a success.  Everything about this movie made you not only respect the amount of effort soldiers put into the war but also how much personal sacrifices they make for their country.

Unlike the other films, Airlift tells the story of how a businessman helps evacuate Indians in Kuwait who are stuck there during the invasion of Kuwait by Saddam Hussein.  While this is one of the primary issues about which this movie talks, Airlift also looks at how the lead puts his personal life aside to help his fellow countrymen when in need.  A true patriotic movie, Airlift makes you fall in love with how far people can go to help their countrymen when required. Director J.P. Dutta’s shot to fame, Border was based on the Indo Pakistan War of 1971.  Touted to be one of the best war films to have been released, this movie showed what our soldiers went through to make our country a safe place.  From night patrols to killing men at gunpoint, Border makes you realise how deep the spirit of patriotism runs in a soldier’s blood.

If you think we missed out on any other great movies about war and soldiers giving their lives to protect their motherland, comment and let us know!